does anyone know what causes Gloves to start skating? I want to talk to faer again but fae's always skating when I try to.

I got stuck looking for cauliflower, so I didn't understand how to progress and move forward. I was also unsure how to get off the ceiling or past the vent. It's cute, but I didn't enjoy myself as much as I thought I would.

It's in a bag in the freezer.

I played this game earlier this year and fell in love with it. I keep going back and thinking of my time spent with it. I recommend the game to everyone that will listen.

I will be recommending this to all of my friends. Incredibly endearing and sweet, and made me cry.

When grandma says she's proud of your hard work and that everyone else is too, and that you deserve a break, it made me cry. This game makes me feel like I'm doing a good job. Going to be coming back to this one often.

Immaculate vibes. Cute as hell and so so so charming! Was sad when my shopping trip came to an end but loved the ending!

Absolutely loved it! The characters were so cute!

Amazing game, this inspired me to work on my own games again!  Also I'm now 12021 bird dollars in debt after feeding the orange cat half of the fruit and magazine sections.

I had so much fun exploring this little grocery store. I want more!

This was such a sweet little game ^^

Cannot praise this game enough, loved the style, the characters, all of the cute hidden gems - my ideal type of game! :)

this is one of those games that i'll look back on and wish i could experience for the first time again. everything about this game is so welcoming and comforting, i swore i wouldn't cry at the end but i really couldn't help it. such a wonderful experience

changing the item hotkeys doesn't do anything, it still requires using number keys

Can you please specify the OS you're playing the game on and the game build version (should be visible in the main menu)?
Also, you can always use a mouse wheel to change items!

I'm on Windows, on version 1.1.10. The hotkeys also don't work for my friend who's on the same OS and version. Mouse wheel does work and is nice, but when spamming keys for fast dialogue hotkeys are nicer :p

really really wonderful, thank you so much for sharing!

bought a single banana. couldnt stop laughing as it showed the images of buying said banana in the credits. 11/10

really fantastic game that was so fun to 100%! would love to play more in this universe and with these characters

this is such a cute game! i love the art style and the super relaxing music, it was a really nice experience :)

This is the cutest and coziest game I've ever played. It makes me feel so warm and good and I can't stop playing it! Until I can find all the numbers at least, I'm stuck at the 13th and 17th :c
Still, thanks for creating this amazing game <3

Good luck with the remaining phone numbers! If you need any hints – we'll gladly help you.

I managed to find the 17th (it wasn't that hard, I just completely overlooked it) but still no luck with the 13th :c
An hint would be really appreciated :3

For #13 look closer at one of the products in the Print section. Hope this helps!

Finally found it! Thank you!!!

Absolutely loved it !!!! The queer representation, the friendly bird people, the very original graphics !!! It was clearly an heartwarming adventure, thank you so much <3333

this game doesnt get the recognition it deserves 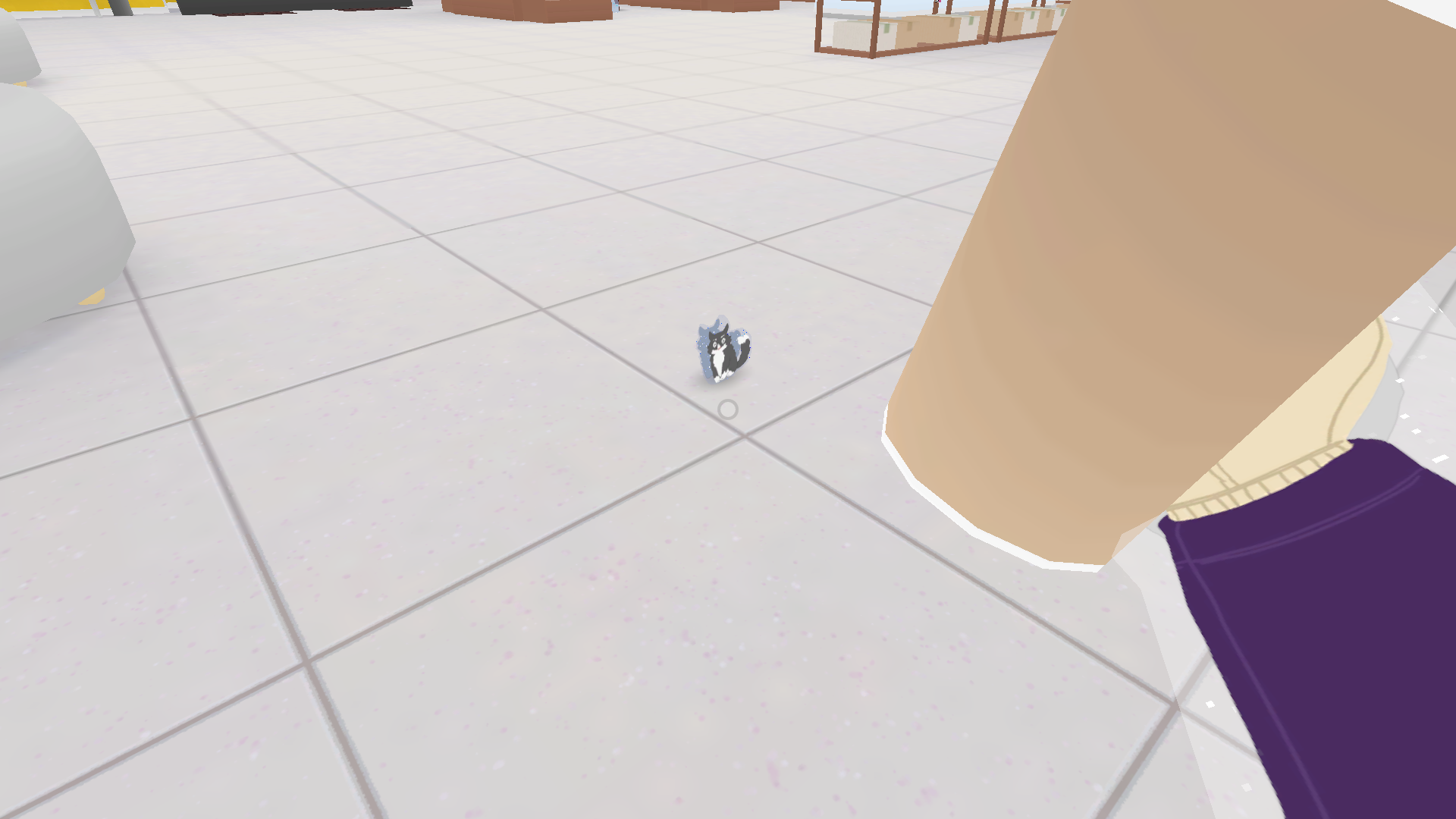 went through this game streaming with a friend and we were both incredibly ch armed and had fun all the way through! incredibly charming and i love all of the characters

Played through humble trove, amazing game! A piece of love in cruel world.

absolutely loved this game.   though there seems to be an issue with the menus?  whenever i pause the game, the menus seem to be really intensive and cause my gpu to run way harder than it should.  the game is fine, just not the menus and model viewer in pocket.

Thank you very much! We have some ideas on how we could optimize the pause menu, and we'll try to implement them when we have free time.

thanks for the reply and that's great to hear.  looking forward to it.  if it helps, i think it may be that the menus run too fast (not sure).  i tried forcing the game into vsync but the issue persisted.  thanks again though

Hello! We've just published a new version of the game (1.1.11) that should have the issue with the dropping frame rate in the pause menu fixed.

thanks so much!  i was doing a little testing and my gpu revs up in weird ways still when the text boxes and menu come up even though the fps remains steady.  it is no longer how it was though, so thank you very much again.  i'll be replaying this a lot cuz i love this funny lil grocery store

Thank you!
For the 13th phone number you need to look closer at one of the products in the Print section. Hope this helps!

This is such a cute and lovely game, i enjoy it so much, i still have to get to 100% but i will probably get there soon ^^

going to be playing this game as a comfort one for awhile! i loved all of the characters and everything you can explore! i hope someday a community like in game is available for everyone growing up ^^

Wow what a great game! I had so much fun playing through everything! Loved all the normalized queerness, It was such a cozy game! Id love to play this next to a fireplace with a cup of cocoa. I missed 4 numbers but have no clue where they are cause i checked everywhere i could think of.

OMG what a cute concept for a game :) I would love to support, but I wanted to ask if the  Windows version is 32 or 64 bit? :O and if it's x64, would it be possible to consider adding a x86 version of it too? If not don't worry, I'll still be glad to support this title. Again, keep up the great work <3

Thank you for your interest in our game!

We've added a download for an x86 build of co-open. We don't have a device to test the build properly (aside from a pc with the 64 bit Windows installed), but we think everything should still work fine.

I THINK I FED THE CAT TOO MUCH 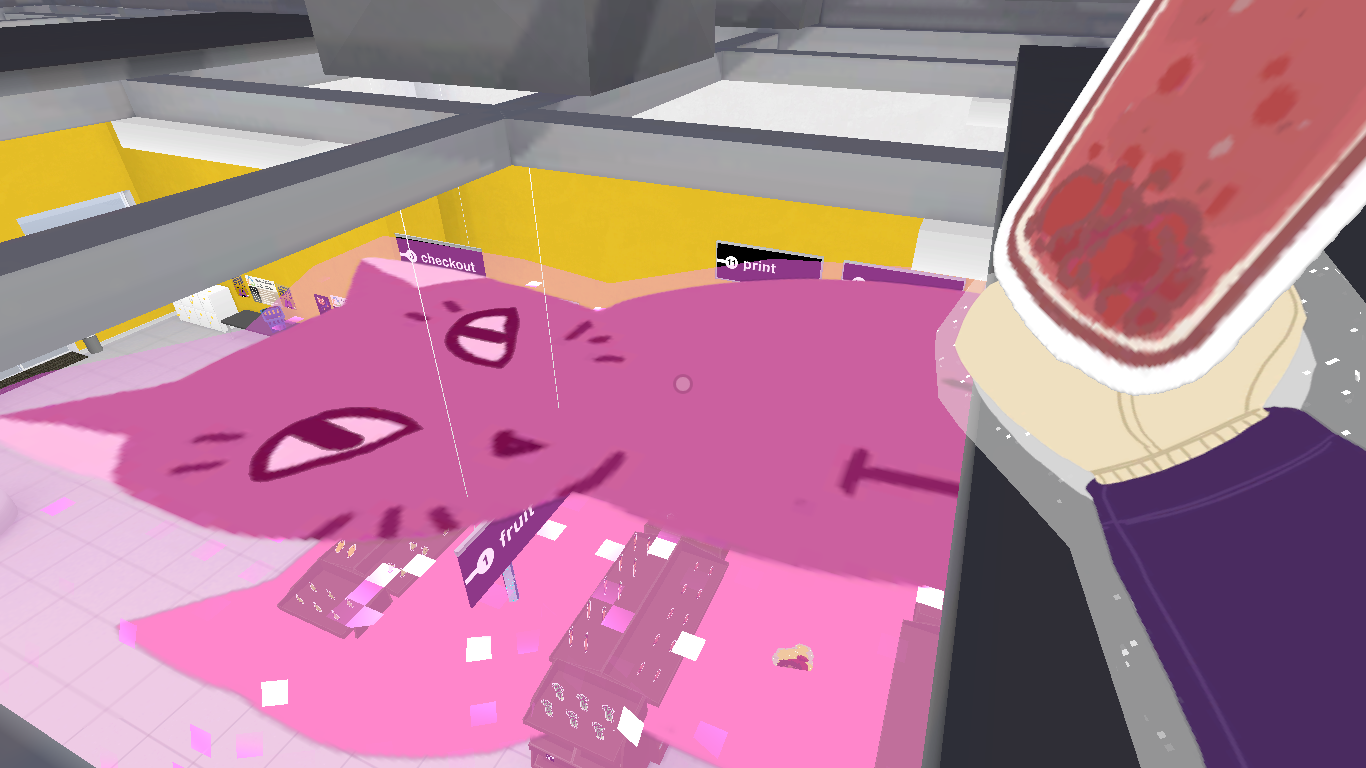 A very gorgeous game. I loved the pronouns listed next to everyone you talked to, it was wonderful to see it be such a normal thing. Definitely gonna revisit to see if I can find some of the last phone numbers and gifts for my collection.

I sooooooooo wish there was more because this is my new FAVORITE <3 Super cute and calming after a long day <3<3<3 Thanks for the awesome game!!!!!

Finished this game tonight, was such a delight the whole way. The gifts were really cute! Thanks for this wonderful journey.

i love this game! it is just amazing!! i had a lot of fun running around and talking to all the people. <3
btw is there any way to listen to the music on the rooftop zone outside of the game, i really like it!!

Thank you very much!

The Rooftop Zone music is a hidden track in the co-open OST on Bandcamp!

love love love this!! finished in a handful of hours over two sessions, so fun and calming :) the style is so charming and i had a lot of fun tracking down every phone number (though i had to peek at the comments for hints at a few). definitely gonna play this one again sometime!

quote my joyfriend who watched me play: "good game. 12/10. would recommend. accurate pronouns. ma'am is my favorite"

the controls are broken? i cant fix it, it seems to be constantly move to the right, in-game and in the menu, it doesnt work using my mouse nor keyboard in the main menu, left-mouse button and enter and esc work, i have to use my controller to actually use the menu, but the controls are very broken there aswell

What OS do you play on?
Is it an xbox360 or xboxOne controller?
Do you have your controller connected when you try to play with your keyboard and mouse?

Something like this happens to me. The joystick work but the D-pad and the rest of the buttons don't (so I can't control the game with it). It's an Xbox One (1708) controller, and I'm on Mac OS 12.3

Fixed it! We won't be able to make D-pad work for this particular case unfortunately (wireless Xbox One controller on Mac OS), but other buttons should work as expected. The fix will be available in the next update 1.1.10

Feeling like a dunce, but I immediately forgot Kuzya's phone number before thinking to call it. I hadn't gotten in the habit of jotting things down yet.

Also- any tips on making the potion? (can it even be made?) I picked up the items, scanned them, and am at a loss for what else I should be doing. Finished the game with the items in my bag and it doesn't seem like I got any special dialog..

Sorry, the potion bit isn't real! This phone talk has random products every time you call.

oh my goodness, thank you!

this has officially made "shopping simulator" one of my top favorite game genres!! i love going on mundane adventures!! so much! i had so much fun playing it, the art style and cute little 3d bubbles are so adorable, it's such a charming game with a lot of personality!

i'll have to admit it took me awhile to "finish" this game, i haven't even 100%'d all of the phone numbers! i did my best at exploring stuff on my own, and, rather embarrassingly, after 2 hours of trying finally opened up a guide and realized. i could've climbed the chain wall this entire time?!?!?!? oh boy. not to mention when i followed the recipe i thought i was supposed to talk to an adult right after collecting the items because i was told to! i spoke to the grown ups and realized i.. should probably pay first. 100% realistic child simulator i love it. at least i got the ending and filled in everything in the pockets menu, so it's still a success!

You aren't alone! I think the ability to climb the chain unlocks after a point, because I swear I couldn't do it until I'd already been running laps around the place looking for things to do, and suddenly I saw my little hands pop out and start climbing- seemingly at random!